The assessment is part of the framework of the Project “Sustainable management of natural forest through raising awareness and building capacity to improve the rights and legal status of ethnic minority communities to natural forest in central Vietnam (2012-2014) – Year 2012”, implemented by C&E Center in association with Forestry Science and Technology Association in Thua Thien Hue and Forest Protection Department in Quang Nam. The project has financially supported by Rosa Luxemburg Stiftung (RLS). The result of the research will be used to design and and conduct project activities and be provided to relevant agencies, local communities and interested groups and individuals and to whom it may concern.

The study has been conducted from March to June 2012. This study combines qualitative and quantitative methods. The data of the report are based on two main sources: Secondary data collected from various sources such as existing literature and communal, district and provincial authorities; and Primary data collected through field observation, group discussions, interviews of key officials at communal and district levels and most importantly a household survey.There were 439 people participating household questionnaire survey and 34 officials. These participants are from 8 communes which have large ethnic minorities, they are: Tabhing (Nam Giang); Ta Lu, Za Hung, Tu (Dong Giang – Quang Nam); Thuong Lo, Thuong Nhat, Thuong Quang (Nam Dong); Phong My (Phong Dien – Thua Thien Hue).

During this time, on June 23, C&E center organized a Workshop on Reporting the Main Findings and Gathering Feedback from representatives of communes, districts and related organizations in projects sites, at Da Nang Trade Union Hotel. After that, C&E synthesized and wrote final research report then submitted to Rosa Luxemburg Stiftung (RLS)  Office in Vietnam in last June 2012.

After the study, the research team has figured out some main findings, here are the following:

·      The gender pattern in the survey area still attaches importance to the role of men. Despite the fact that ethnic minorities are a majority (88.83%), education of the overall sample is not too low. The proportion of poor and average household is 43,59%. Livelihoods of respondents mainly depend on forest for example slash-and-burn cultivation and exploiting forest products, however the local communities are still lack of knowledge and experience of sustainable forest-based livelihoods.

·      A quite high proportion of respondents knew that their villages received community forest though the laws do not recognize the community as a legal entity. The proportion in TT-Hue almost doubles that in Quang Nam. Although people know that their villages received community forest, not many of them remember FLA details such as years of allocation; area of allocated forest, FLA papers and rights and benefits towards the allocated forest rate, particularly in Quang Nam. This proves that FLA to the community has been performative and primarily accomplished via officials. Community members have not been really involved in that process. As a result, following community forest management has not been highly effective when people are not involved in the FLA process and do not have a full legal understanding of the responsibilities and rights towards community forest and thus are not motivated to protect the forest.

·      Local forest management and use are regulated by 12 legal documents of the government and MARD which regulate rights, obligations and responsibilities of individuals and groups receiving forest. However, the respondents are not well aware of this legislation. Only 30% of respondents knew the Law on Forest Protection and Development which is one of the most popular ones. Only about 15% of respondents know under-law documents related to the rights, responsibilities and LFA processes. Community meetings and training courses are primary sources of information for the respondents. Only 33.81% of respondents say they exercise these rights and obligations in their localities. Regarding the levels of participation in LFA processes, people are mainly involved in the dissemination of information, i.e. 49% of respondents. Only about 10% of respondents were involved in planning and field measurement and all these people concentrate in TT-Hue. One finding of this survey is that respondents in TT-Hue have better understanding of the relevant legal documents and are more deeply involved in LFA processes in the locality despite the fact that the percentage of respondents being ethnic minorities does not differ much from that in Quang Nam.

·      Despite being ethnic minority areas, the two study areas of two provinces clearly differ in terms of perceptions of people and actual LFA. Compared to Quang Nam, TT-Hue province has better FLA implementation because this has been done for a relatively long time and there have been many programs and projects with better support

Based on the research findings as well as working experience of C&E in the study areas, the research team makes some recommendations.

Some pictures of the research: 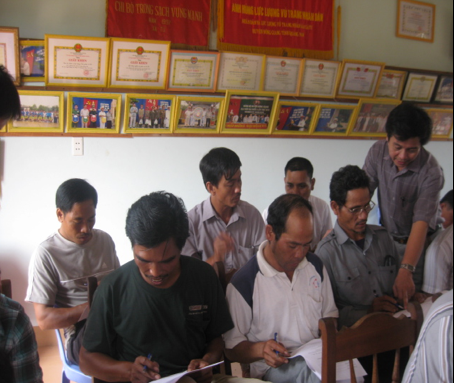 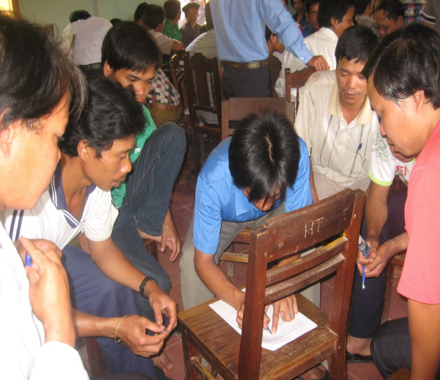 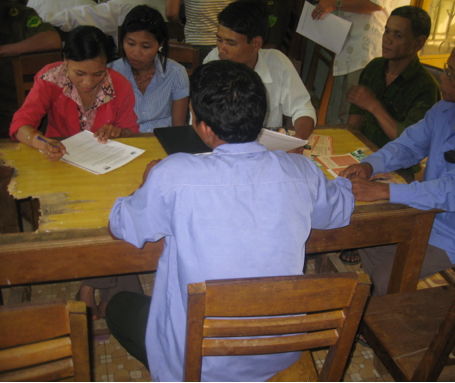 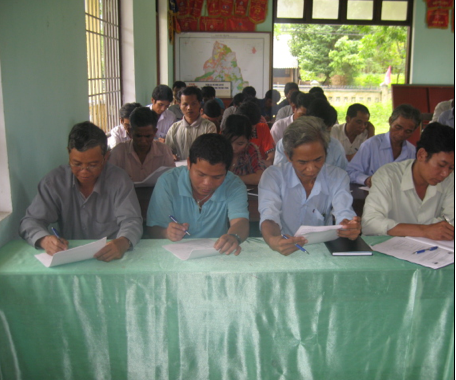 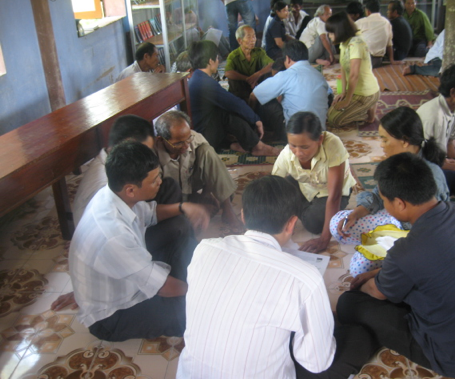 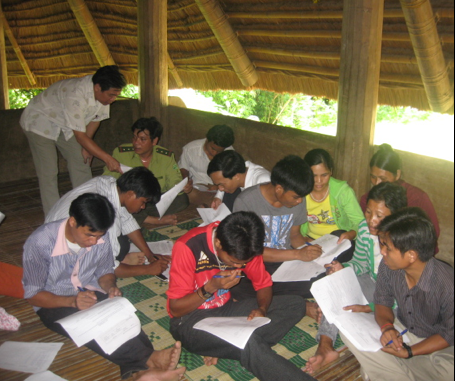 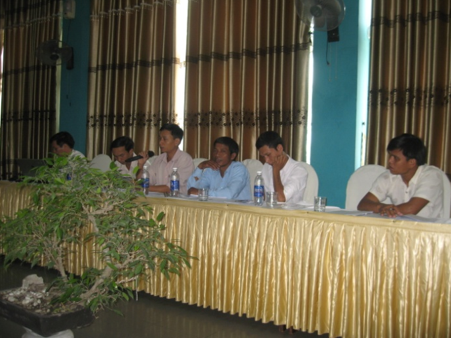